There will be more unemployed people

Top news story: Excess liquidity in the US financial system almost reached $1 trillion, and on Wednesday 90 financial institutions invested a record $991.9 billion in the Federal Reserve of New York at 0.05% for a reverse REPO transaction. 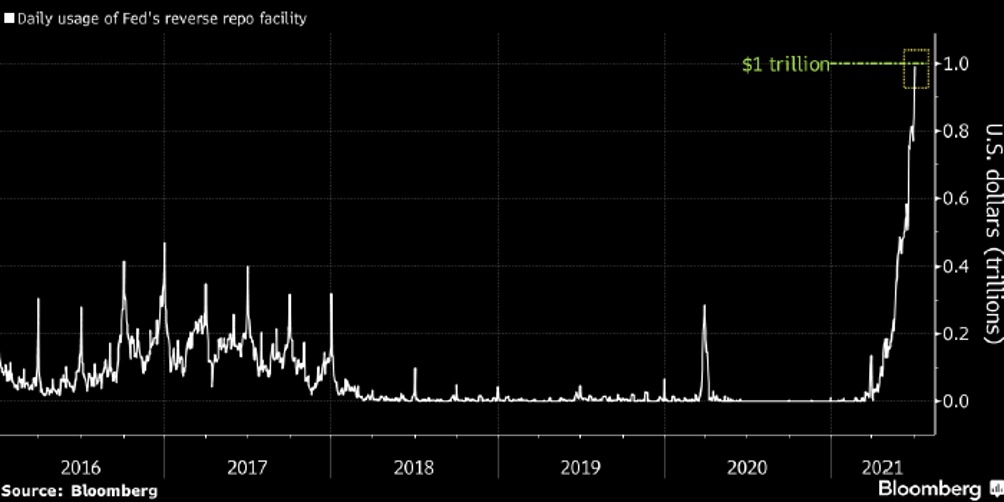 With so much liquidity and rising prices, including for oil: 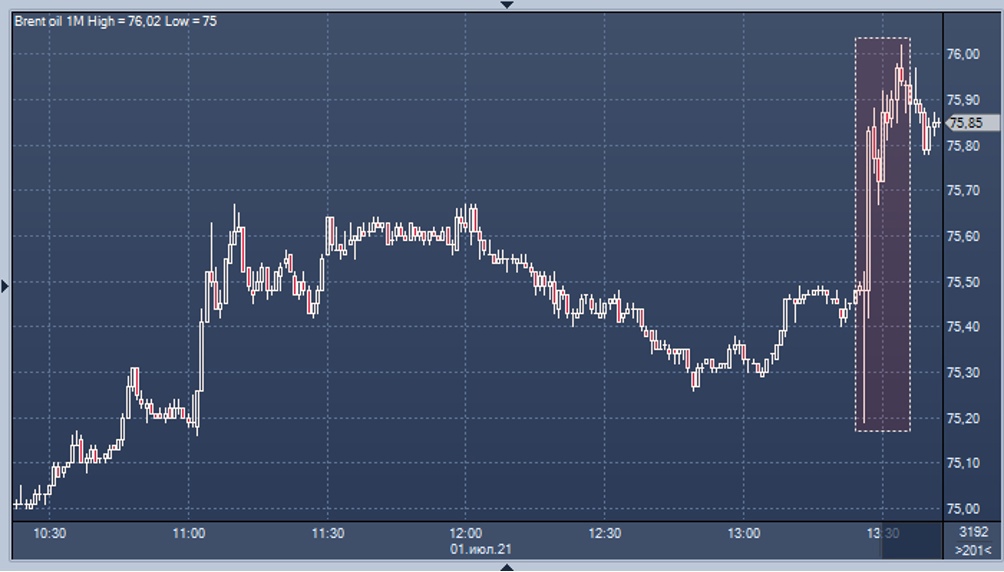 (against the backdrop of news that Saudi Arabia and Russia are up sales) it is difficult to estimate all the positive growth data, as it is not clear how distorted the inflation figures are (see previous Review). Given that data may be distorted in different ways in different industries, it is extremely difficult, if not impossible, to reconstruct the real picture.

In other words, we can only talk about trends, preferably those that are gaining strength. This is one of the reasons why in our reviews we practically do not present indicators that fluctuate within a certain normal range – they almost don’t reflect trends.

Canada’s GDP in April was -0.3% per month – negative for the first time in a year:

Let us remind that at the level of inflation in Canada (cf. below), even a small error in its definition can give a surge in GDP in both directions.

In theory, the authorities tend to underestimate inflation, i.e., inflate GDP, but there is no guarantee of that.

Japan’s industrial production output -5.9% per month, the worst performance in a year:

Output in South Korea has been negative for three consecutive months:

There was also a retail, which speaks of unfavourable processes much better than other indicators (although it is also dependent on inflation because it is expressed in money):

And the construction industry has managed to hold steady in annual negative values, which is surprising amid the relative recovery of the world economy after the COVID-19 quarantine:

PMI (the index by which experts describe the state of particular industries; its value is below 50 signifies stagnation) in Chinese industry, according to the official version, is also the worst in 4 months:

And in other sectors:

It should be noted that China is not yet in recession.

India’s PMI returned to recession for the first time since the summer of 2020, with purchases falling at the worst rate in 16 years:

S&P/CoreLogic/Case-Shiller Price Index (+ 14.6% per year) is a record for the entire history of the survey since the late 1980s: 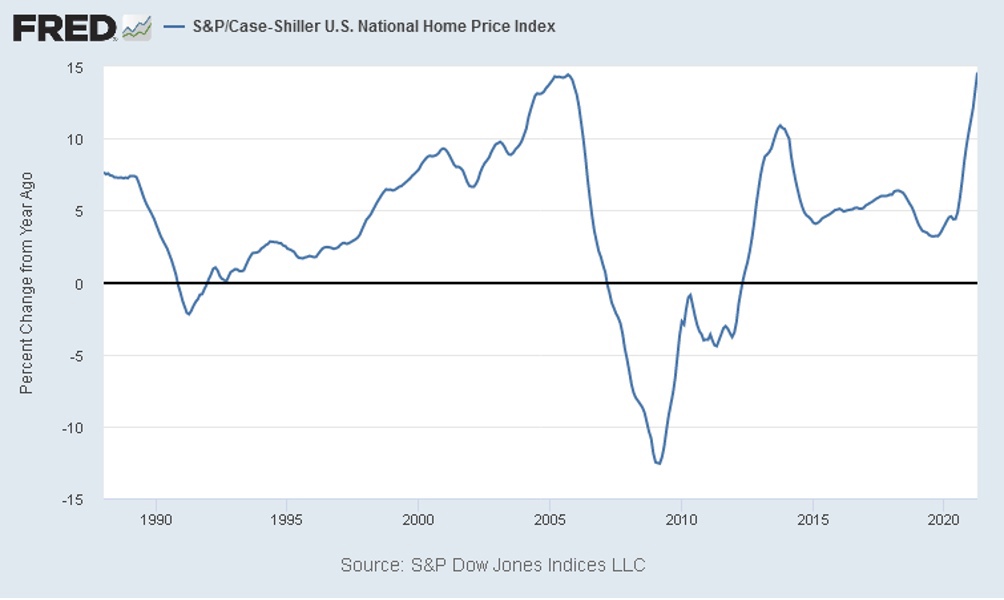 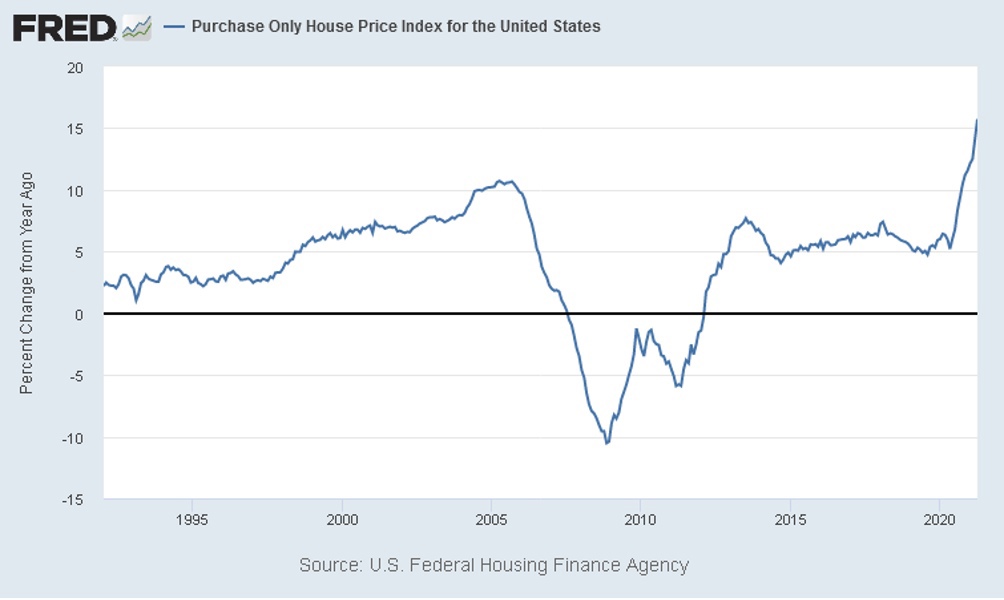 US mortgage applications -6.9% per week (the worst performance since mid-February) fell to the lowest since January 2020 – housing costs are too high:

Construction spending in the United States is -0.3% per month, with no overall change over the last 4 months:

The U.S. Department of Labor’s June report looks good (see the following section of this Review), but not everything – unemployment has grown unexpectedly:

The number of hours worked per week decreased as follows:

The proportion of those unable to find work for more than six months has even reached record peaks https://fred.stlouisfed.org/series/LNS13025703.

Unemployment in Brazil remains at its highs (14.7%):

Unemployment in Japan is on the rise:

In Spain, too, there has been no growth in retail sales for two consecutive months:

Natural gas prices in the US are at their highest since the end of 2018: 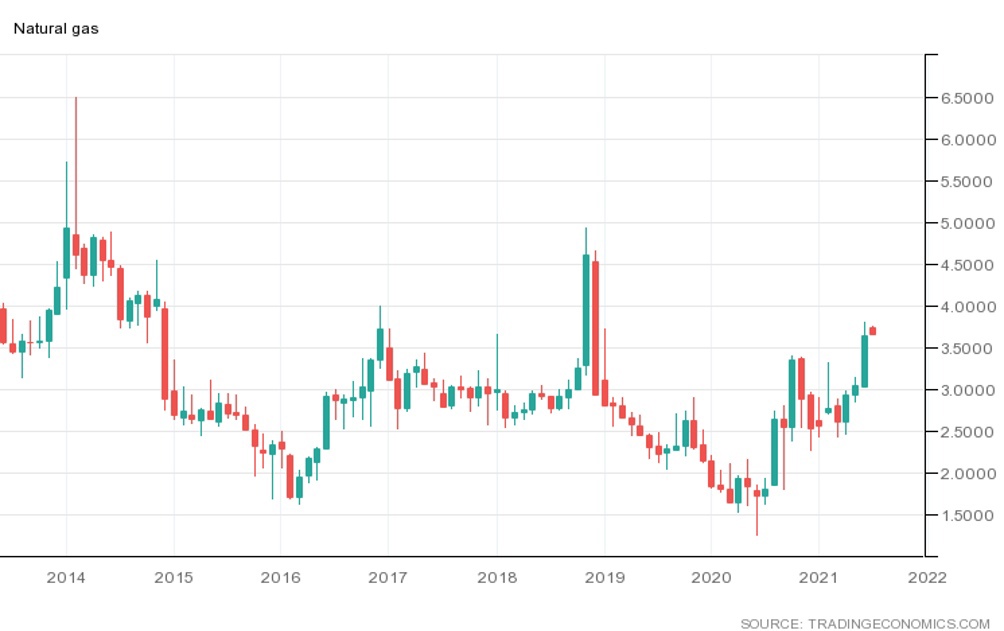 And since the fall of 2014 for gasoline: 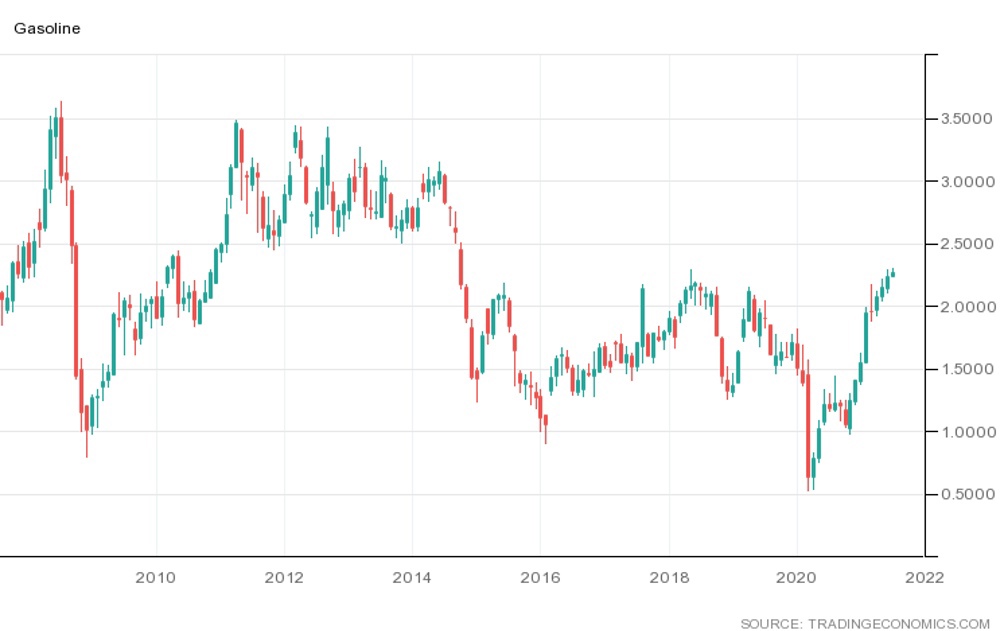 Summary: In the previous Review, we showed how difficult it is to estimate real GDP, and how the US adjusts it upwards. As already mentioned in the previous section, the Ministry of Labour’s report gives an optimistic picture (initial weekly unemployment claims 364,000 with a forecast of 388,000 and 414,000 a week. Employment according to the ADP in June: 692,000 jobs with a forecast of 90,000 jobs). But the question is, how is it then that the working week has been reduced and the duration of the unemployed has increased?

Theoretically, of course, one can imagine a construction in which both positive and negative processes take place. But then we have to give clear and clear explanations as to the exact mechanisms that led to this unexpected effect. If this is not done, it is much more likely that some data are overly optimistic. If one assumes that the final results for the primary applications of the unemployed and employment are modelled on a limited amount of data, and in the face of huge subsidies, these models do not fully correspond to reality, optimism may be somewhat exaggerated.

However, as we have noted above, the main indicators are trends rather than specific data. So we will continue to look closely at the American labor market.

We wish all our readers a good weekend and good summer weather!