The fall of the dollar 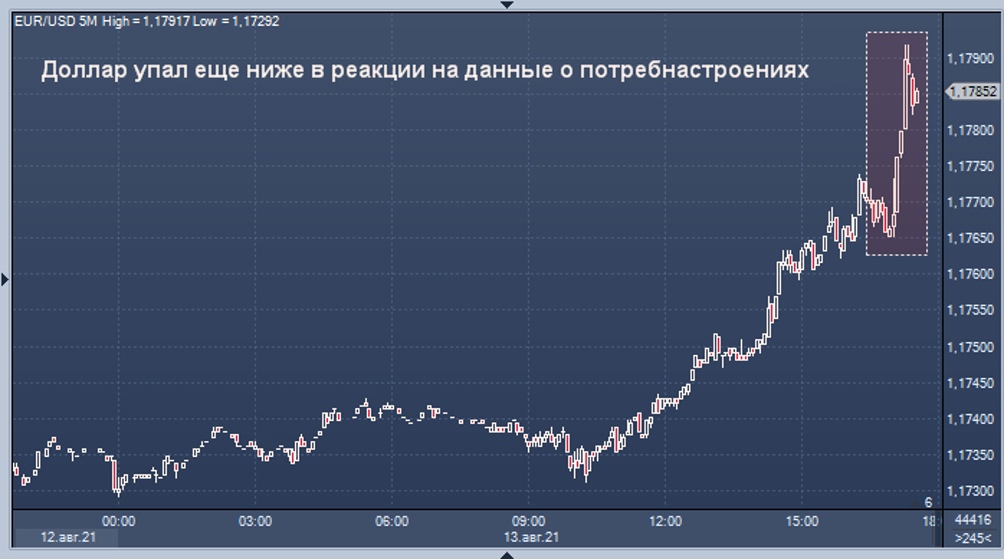 The reason lies in the rapid and unexpected drop in consumer sentiment in the US to a ten-year low:

This means that American consumers do not have confidence in the optimistic predictions of official institutions and mainstream experts, with all the ensuing results.

Industrial production in Mexico has shown zero growth since winter, with negative growth in recent months:

It should be borne in mind that Mexico, like Canada, is a special country, and much of its production goes directly to the United States. And the performance of its industry shows that American consumers are having problems. Indeed, this has been demonstrated in the previous section.

A similar pattern in Britain: again negative, a slight decline over the last seven months as well:

The same situation in the Euro Area:

Economic optimism in Germany, according to ZEW, is the weakest since November 2020:

As in the Euro Area as a whole:

The moods of small business in the United States have become gloomier:

Dwelling Approvals in Australia have fallen for three consecutive months, and have not risen since the beginning of the year:

China’s loans (that is, growth potential) are the weakest since October 2020:

And with non-bank borrowings – from February 2020:

Indonesian sentiment has sharply deteriorated, almost to the 19-year-old pandemic lows, and in Australia everything is less dramatic, but the downturn is evident:

The number of openings in the US has set a record by wide margin all-time high, as the supply of labor is weak:

The Mexican central bank raised the rate by 0.25% to 4.50%. Turkey’s central bank left the rates in place, but promised to raise them if inflation continued to rise.

Summary: The real state of inflation in the US is significantly worse than the first pages of the statistical reports suggest. In particular, the official (that is, most likely an underestimation) measure of price increases for all industrial products is as follows: 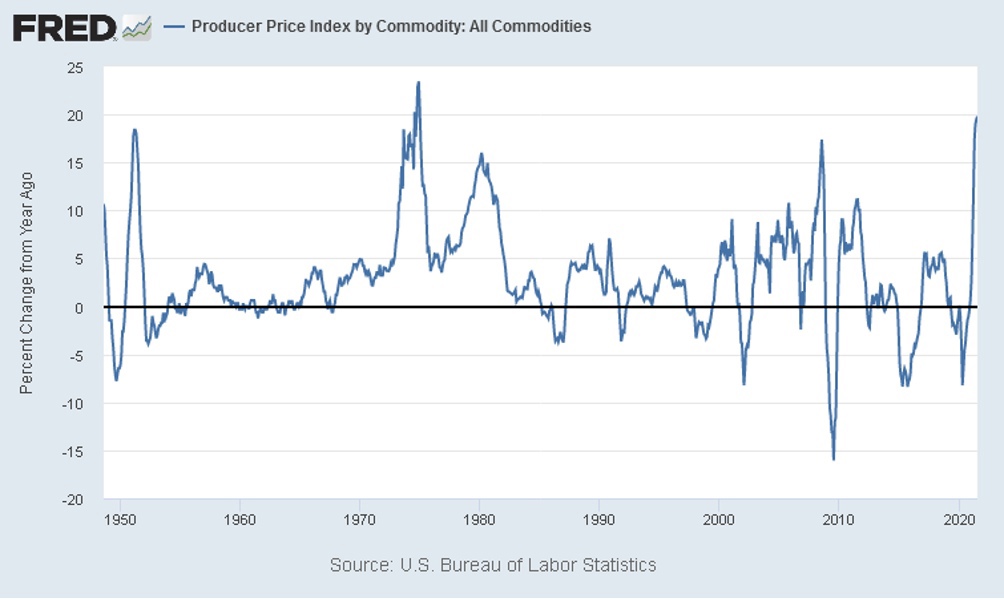 Let us recall that by 1980 the United States Federal Reserve’s interest rate had reached 19%, and the monetary authorities were fighting inflation. But at that time, household debt did not exceed 60 per cent of their real disposable income. And today – about 100%, and loans were taken at a zero discount rate. Accordingly, the US leadership is now seriously puzzled whether monetary policy can or cannot be tightened.

Given the collapse of consumer sentiment, the situation becomes even more complex, as falling demand (and the more pessimistic consumers, the higher savings and, consequently, less consumption) will inevitably threaten many speculative markets. Admittedly, the influx of issuing money into these markets generally raises them, but this is not the case for each individual company. And if the pessimistic results come back and they do, it’s going to be hard to stop the collapse.

But there is still hope, though, that price increases may come to an end by autumn. But commodity prices (and this week’s record was tin) suggest that these aspirations are not real. On the contrary, it is likely that problems will increase after the summer vacation. 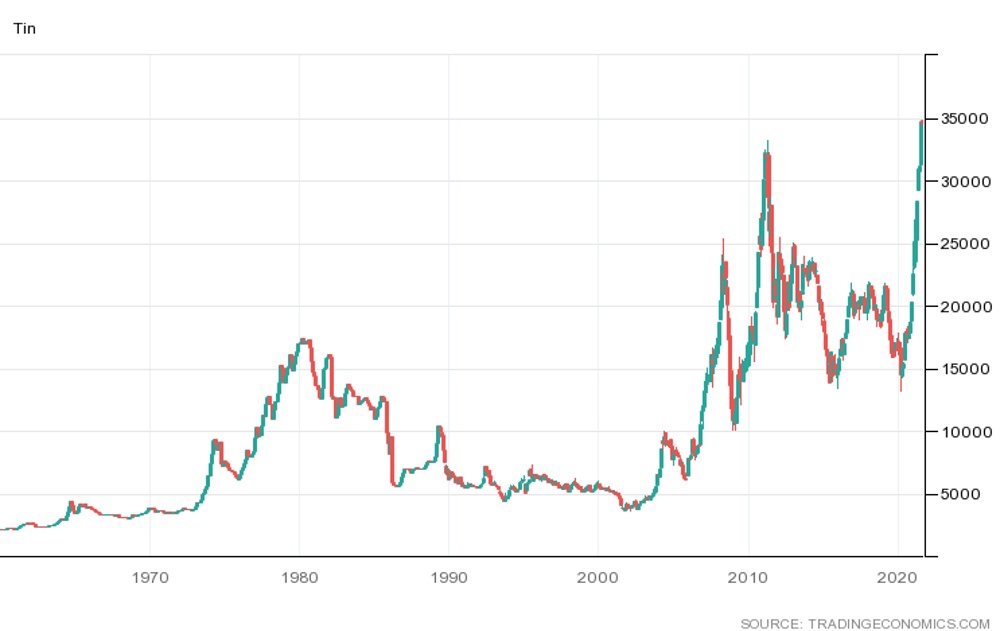 We wish all our readers a productive work week!