Top news story: The highlight of this week was a sudden rise in unemployment in the US. For all observers with an optimistic view of the economic situation, this has become a cold shower. Our position, based on the structural causes of the crisis, is that a further deterioration of the situation is almost inevitable, because in recent months the imbalances in the world economy are far from over.

Industrial production in Japan in June increased by 1.9% m/m (the first positive value in 5 months), but the annual decline remains strong (-18.2%).

In June, machine building orders in Japan suddenly collapsed at 7,6% m/m and 22,5% y/y (record low since 2009), with orders for machine tools and equipment remaining extremely low. 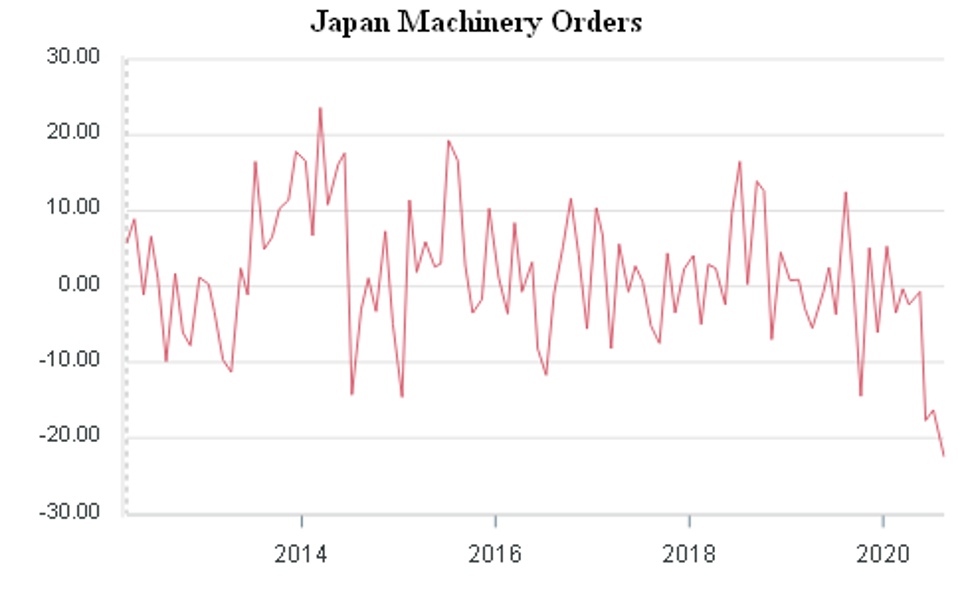 Japan’s Business Index (Reuters Tankan) improved slightly in August, but remained far in the negative, where it went more than a year ago:

In Russia, industrial production in July increased by 1,5% m/m and fell by 8,0% y/y; the decline in oil production (-16,3% per year) is the worst since the 1940s. The latter, however, followed a general downturn in the world economy.

PMI indices in Europe and Asia begun to deteriorate in August, mainly due to the sagging of the service sector - the jump on the delayed demand was short-lived in Australia, Japan, France, Germany, and the Euro Area.

In France, however, the production PMI rolled into a recession:

The New York Federal Reserve Index slipped in August after rising in the previous months:

A similar picture in the Philadelphia Federal Reserve Manufacturing Index:

Housing construction in the United States has soared, thanks to record-low mortgages and the removal of restrictions on borrowers' solvency. Any expert sees this as a direct analogy to sub-prime mortgages, which was the formal trigger for the 2007-2008 crisis. But it will be tomorrow, and the problems need to be solved today:

The number of initial applications for unemployment benefits has suddenly begun to increase:

British consumers' market sentiments have stagnated, with a similar situation in the Euro Area:

The minutes of the FED’s last meeting confirmed concerns about future problems, yet neither negative rates nor unrestricted purchases of government bonds by the US central bank are yet to be introduced European Central Bank follows a similar policy.

Summary. There was little hope that the economic situation would improve by the autumn. Moreover, the recovery that inevitably follows a severe downturn has been weaker than expected. Perhaps the recovery growth will continue for some time (after all, August is traditionally a «weak» month for the economy), but, most likely, these are symptoms of a structural crisis. Moreover, the excessive stimulus that has occurred in recent months is already having its bad effects: the S&P stock index has already exceeded its targets before the outbreak of the COVID-19 epidemic. Since there are no objective grounds for this growth, additional associations have been emerging with 2006-2007. Thereat a huge «bubble» formed in the financial markets, which then burst with all the negative consequences.

If our hypothesis about the onset of a pure structural crisis is correct, we will see it in macroeconomics in the coming weeks, and the stock market will begin its final push.