The decline of the American economy

Top news story: The bad news of recent weeks has only prolonged a general trend that began in 2008. However, it is very difficult to speak of systemic trends based on weekly or monthly statistics. And here are some very interesting charts from our correspondents: 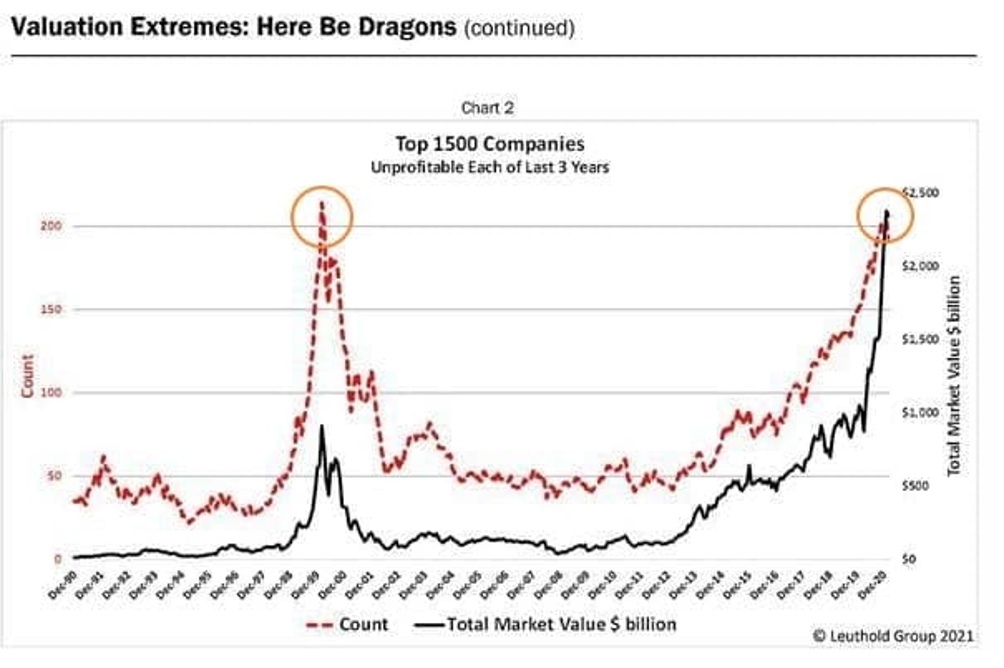 As you can see from the figure, by the end of last year the number of unprofitable (within 3 years) companies on their list TOP-1500 USA reached the record of the period of the Dot Homes Crisis in 2000. The fact that their total debt is significantly higher than that is not so important – inflation has not been canceled. Although these graphs do not refer to the situation of recent months (we already know about it, it is actively worsening), it does provide a fairly adequate comparison of the current situation with acute crises of the past.

This week, again, the record was set for the fall in the real rate of American Treasurers, which has long been negative. What this means is transparent: capital in the dollar zone has not been reproduced since 2019. And that, according to official data, which underestimates inflation... 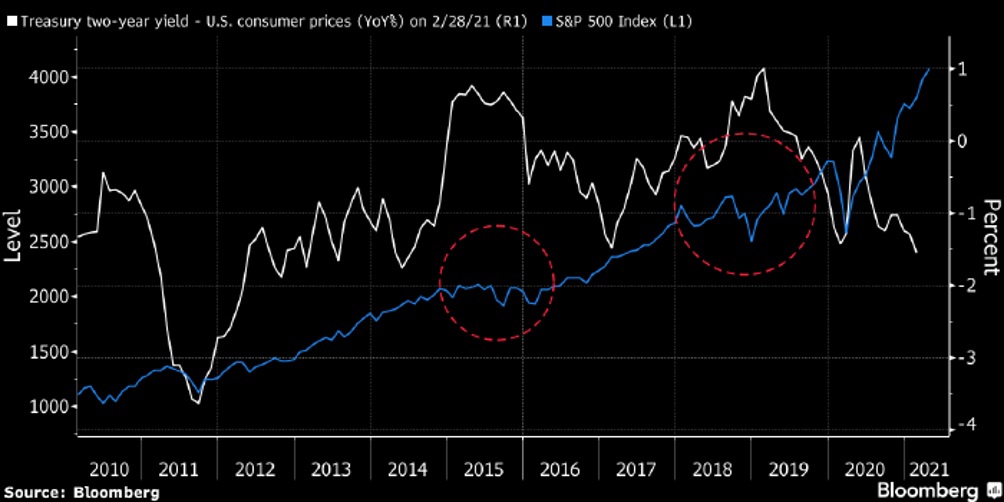 German industrial output slumped in February for the second consecutive month (-1,6%), with the annual decline rising to a five-month peak (-6,4%):

It's the same in France:

Let me remind you that the PMI index represents experts' opinion on the state of affairs in the industry, its value, less than 50, indicates a recession.

The US trade deficit in February was at a record high ($ 71,1 billion):

The mortgage rate returned to the annual maximum (3,36%):

Russian Federation CPI in March (+ 5,8% per year) is the highest since November 2016. Unemployment in Italy in January-February was much lower than previous estimates:

As in the Euro Area as a whole:

Jobless claims in the United States are rising again:

The real spending of the Japanese in February deteriorated to -6,6% per year (5-month low):

The Central Bank of Australia has maintained its monetary policy, but will make new purchases of government bonds.

The Central Bank of India maintained its previous policy.

Summary: As can be seen from the growth charts of various economies over the past year (partly in this case, partly in previous reviews), a new wave of recession has emerged quite clearly. First of all, the second wave is characterized by high inflation, which is accompanied by a decline in the effectiveness of stimulus measures (as emissions increase, household incomes fall).

If one takes into account the peculiarities of statistical agencies, which have to constantly mitigate negative indicators that politicians seem not optimistic enough, the reality is even more grim. Moreover, because negative trends last for many months, politicians are eventually forced to sanction a backdating deterioration, because otherwise what official figures do not really fit is too conspicuous. A relevant point was noted in the current review.

We always draw readers' attention in our reviews to the questionable place in the statistics and we are almost always right. But reading official statistics is becoming more and more difficult. In fact, it is not just a matter of looking at indicators and using them immediately, but of doing a great deal of research beforehand to reconcile the different indicators with each other and to find the most satisfactory results.

There are several expert groups around the world that do this work on an ongoing basis (for example, http://www.shadowstats.com), but they have their limitations. In particular, if you’re constantly in the virtual world, then your conclusions become more and more virtual. We therefore remain within our traditional approach: we deal with official indicators, but we explain in detail how and why they may deviate from reality.