Top news story: The big news is still the same: Inflation has started out completely. By way of example, we will mention the three most characteristic markets (data on Thursday, all given relative prices). 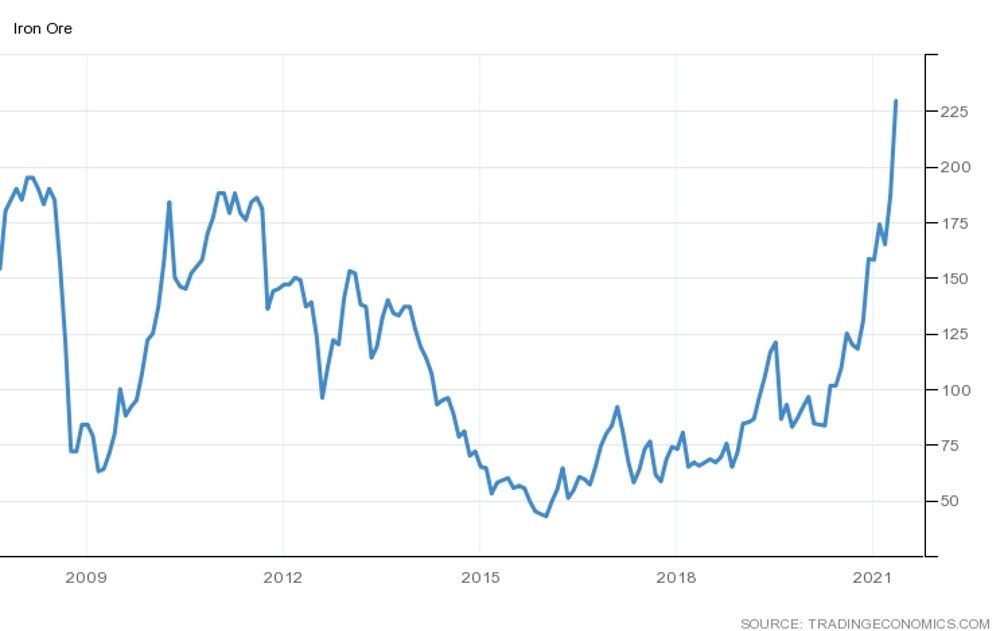 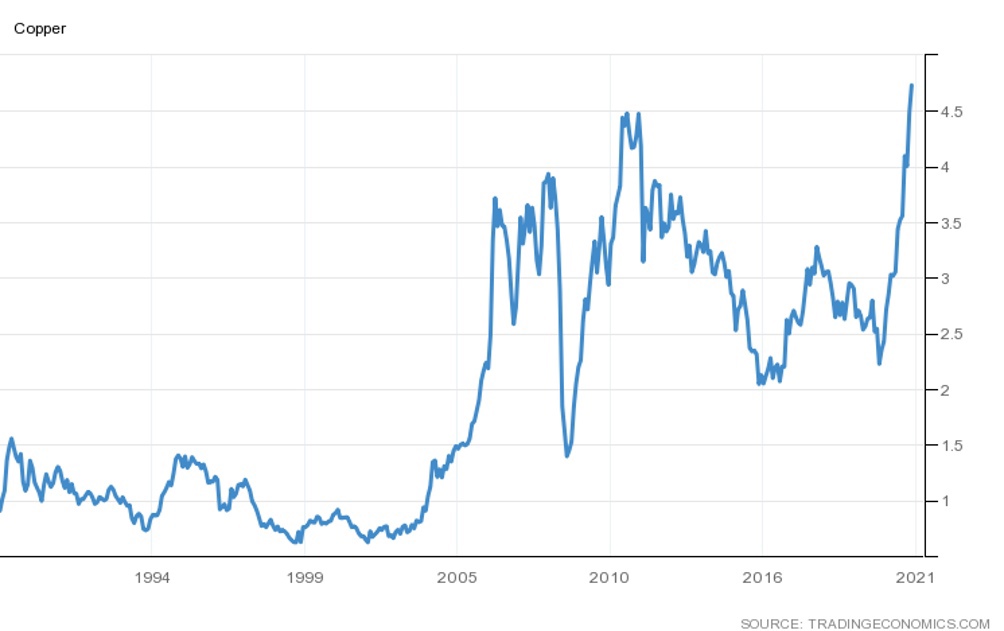 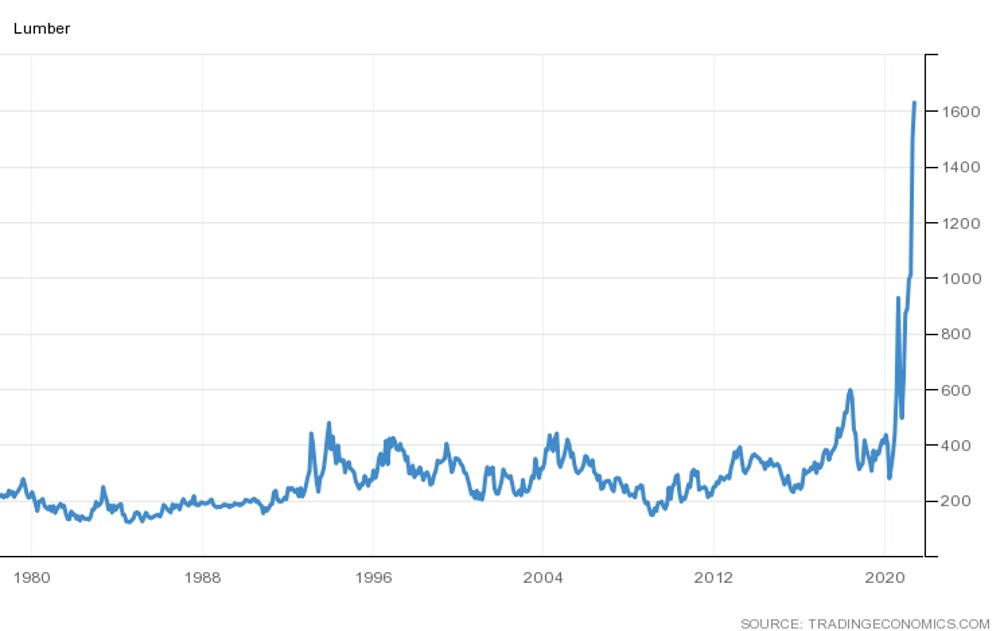 For example, there was a slight backsliding on iron ore on Friday: 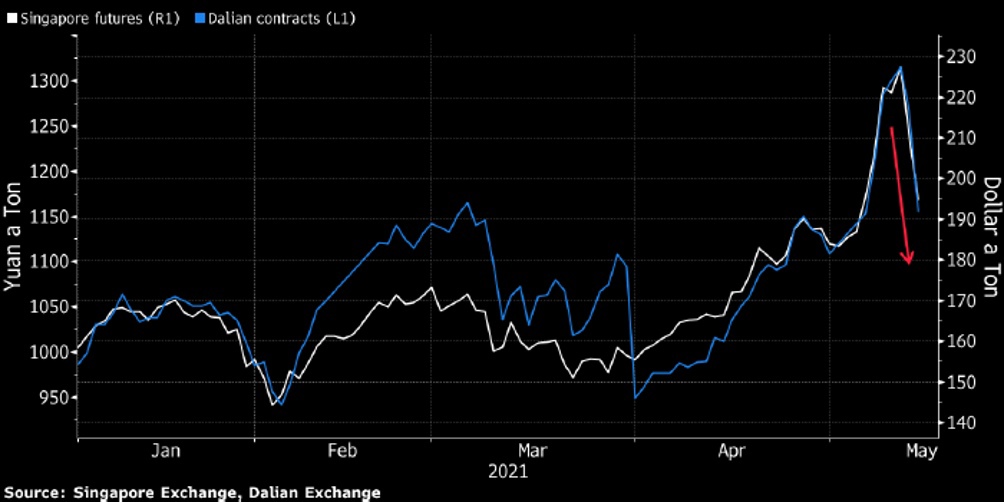 There is an important point to be made. For what reason are these markets growing the most? Because the surplus money can be packed into these goods. In other words, market participants begin to make insurance savings of necessary goods and try to save their capital from rapid depreciation.

Of course, such policies increase the cost of using the relevant products and sharply increase price volatility, i.e. the risks that will inevitably arise in logistics and insurance. But this is a typical situation under conditions of long-term inflation and nothing can be done about it. The US monetary authorities have for decades sought to avoid deflation – which, based on the experience of the 1930s, they were very afraid of – and now they have what they wanted. As expected, nothing good.

As a result, the American consumer satisfaction index fell sharply. It was the lowest in 15 years. This is not only a sign of the economy’s weakness, but also a guarantee of further savings growth and, thus, a fall in aggregate demand. That is, GDP. 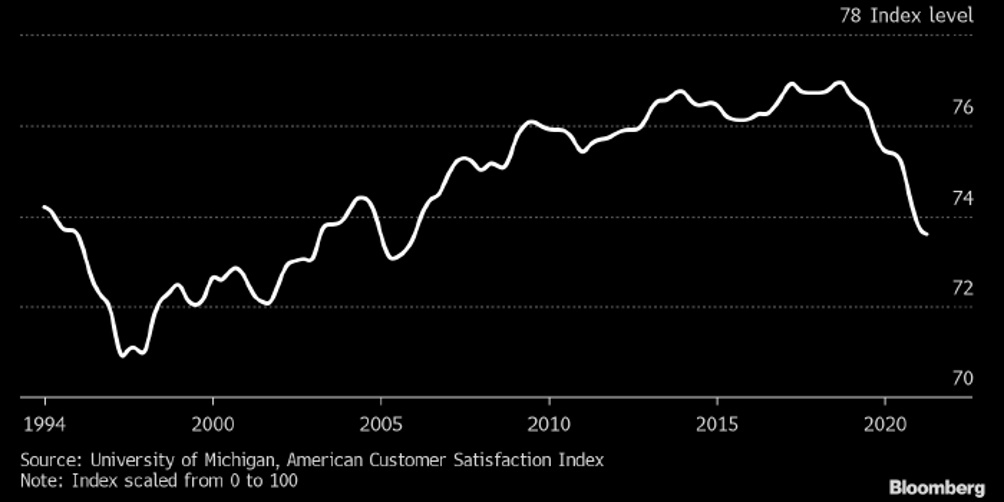 Saudi Arabia’s GDP returned to negative in the first quarter (-0,1% per quarter), with a slight decline in the annual decline, despite a weak base last year:

The same situation in UK, -1,5% per quarter, and the recession continues:

Britain’s trade deficit is close to record highs, indicating the inevitability of new emissions and thus the continuation of inflationary processes:

The same figure in India:

Inflation expectations in the United States repeated the record peak of 2013 (+3,4%):

However, it must be borne in mind that PPI in the United States is only considered for final-demand goods, that is, after passing the money through the entire supply chain. If we consider all intermediate goods – price increases that will eventually reach final demand – the result is much worse: +17,3% per year, just +0,1% from the peak of 2008, which in turn has peaked since 1974.

China’s PPI is at its highest since 2017 and approaching a 13-year peak:

A case in point is employment in the United States, which fell sharply last week. No May data, of course, but there are proxy indicators. Capacity utilization slumped in April: 74,9% with forecasts of 75,0% and March 74,4%. Initial jobless claims amounted to 473,000 against the forecast of 490,000 and 507,000, revised from 498,000 a week ago. It should be noted that these indicators are being revised to a large extent and therefore need to be treated with caution. So we’ll be watching the situation.

Summary: Inflationary pressures are on the rise and trade deficits in developed countries are expected to continue to rise. At the same time, the Reuters survey shows that, from an economist’s point of view, the threshold for the United States Federal Reserve’s core inflation concern is 2,8%. And then, for a while, the monetary authorities will tolerate this level.

Given that, according to the current methods, real inflation rates are desperately low, in reality prices will rise much higher. This will further increase the dependence of the economy in general, and households in particular, on stimulus measures, namely, emissions. With further price increases imminent.

In general, both the United States and the world economy have entered the trajectory of growing inflation, which means that the collapse of financial markets is already somewhere close.

We wish all subscribers a happy weekend and a successful work week!