Top news story: The main event of the week was the drop in real income of S&P 500 for the first time in 40 years: 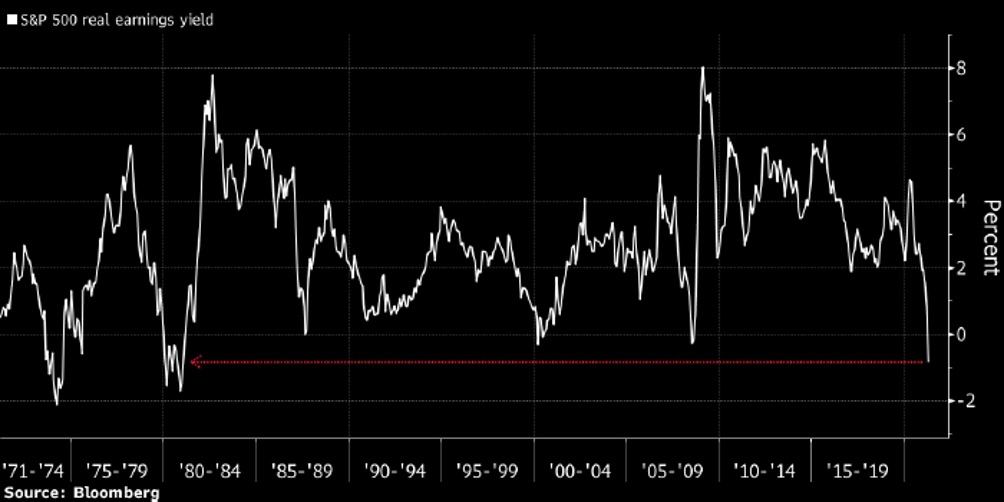 The real return on revenue S&P 500 in per cent. Source: Bloomberg

At the same time, all of the inflation trends of the previous weeks were confirmed, moreover, there was a collapse of the main cryptocurrencies, which were treated as security assets. The only asset that has proven effective is gold: 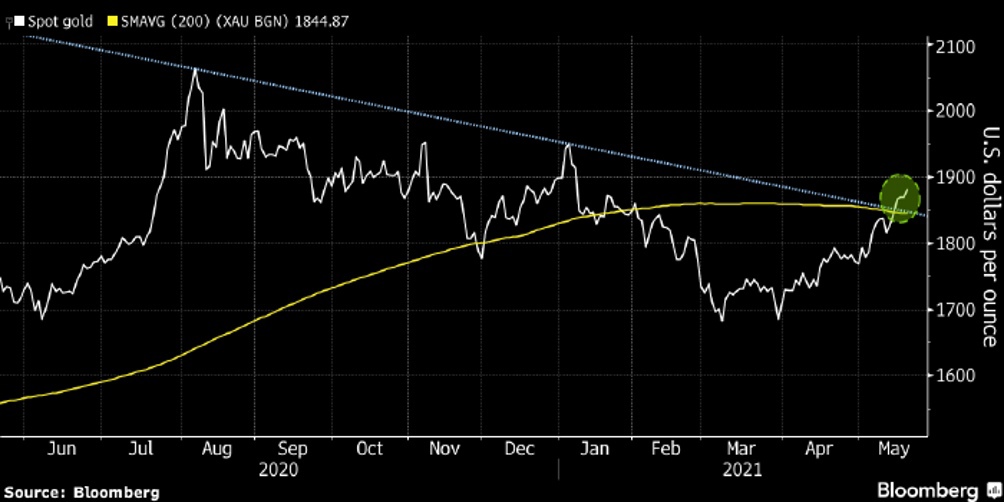 Japan’s GDP returned to negative in the first quarter, falling 1.3% per quarter:

The growth in house prices in China occurs at the maximum rate in 8 months (+ 4.8% per year):

The number of new buildings in the United States slumped by 9.5% per month due to high prices and weak supply (that is, buyers do not purchase what is already in stock on the market):

Market sentiment in Turkey is close to record low:

Given that Australia is a major supplier of raw materials to world markets, this is a rather bad symptom.

Summary: As expected, the pattern of last week has not changed – inflation is rising, the economy is falling. However, the United States data in the previous review show that the inflation rate will be quite long and strong. And in the rest of the world, the situation is similar for the reason that we all live in a dollar world, and because the United States is the world’s biggest consumer.

The collapse of cryptocurrency, following statements by Elon Musk and the Chinese authorities, testified that the asset may be of interest to speculators, but is extremely dangerous to ordinary investors who do not welcome such volatility and risk. And if Musk is likely to have engaged in pure speculation, then China’s leadership cannot be blamed. All the more interesting against this backdrop is gold, which has been growing steadily in recent weeks, which speaks to its high potential as a security asset.

There is no doubt that, in general, at long intervals, the gold will grow in earnest. But the fact that the gold has withstood the last week, despite the complexities of speculative attacks on it, suggests that it can be seriously seen as a defense against inflationary threats for several months.

In general, one can note that the general perception of threats in financial markets is increasing and, in theory, one should be prepared for all kinds of troubles even before the summer holidays.

We wish readers of our reviews a happy weekend and a fruitful work week!